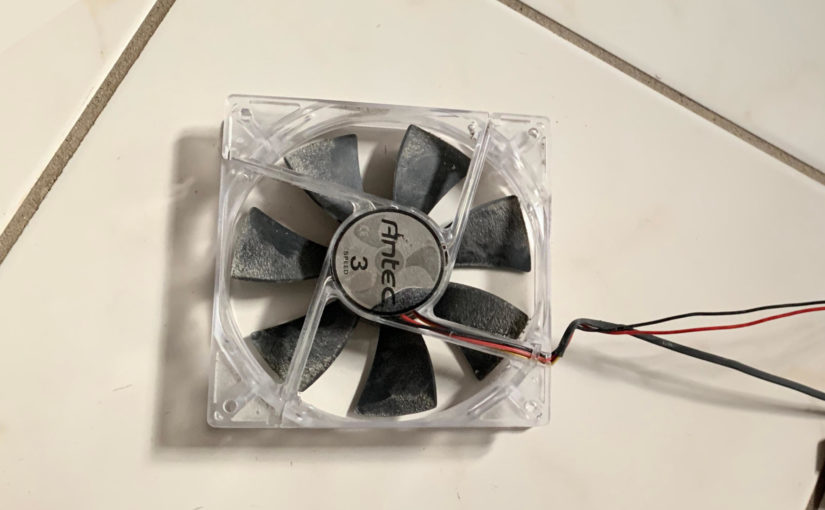 Recently I have encountered many hard drive related errors on my home server. These errors were intermittent. Sometimes everything would be okay for a week, sometimes just a couple of days, and more recently within a few minutes. A sample of these errors would look like:

I performed a SMART test on the hard drive and the tests reported that the drive was healthy, and yet the drive continues to fail.

Now I have an extra 10 TB drive. I didn’t want to return it, so I decided to buy another 10 TB drive and replace all the 4 TB drives in RAID 1 configuration that I had on the server. When I was replacing the drives, I noticed that one of the case fans was not working. It just so happens that this defective fan was sharing the same problematic power line.

In conclusion, the failed case fan probably caused some power anomaly. The fan did not totally fail because its LED was still working, but the fan motor seized and is no longer turning. This probably caused the extra 10W draw as the system was probably trying to overpower the unintended friction.

I’m documenting this because I find it fascinating that a simple failed fan could cause such instability to the system. Something to keep in mind for sure. Last point I want to make is that this fan is probably 15 years old, and absolutely more than a decade, so can’t really complain.