When the iPhone 4 was first released in Canada back on July 30th, we were on vacation in Calgary. To be more precise we were driving from Banff back to Calgary on that day. I remembered the night before thinking naively that we could simply visit Rogers resellers along the way to pickup two phones, one for myself and one for my wife. Of course we now know that was an effort in futility. The phones were all sold out. We even went to the Market Mall and found the line up at the Apple Store was stupendously long. We gave up our quest and decided to pursue the phone in Toronto instead.

Back in Toronto the month of August was spent religiously calling Rogers resellers and Rogers store in our neighborhood. My wife even put our names on a waiting list at a Costco stand. When we realized that we have to lineup to get one and Rogers was not going to offer it online, I remember that was just a silly thing for a big company to put their customers through in this day and age of the Internet. In short we gave up.

In September, we went on vacation in the Far East and found the same inventory shortage to be the same in Hong Kong, Taiwan, Japan, Korea, and China. You can buy one in the grey market for $1000+, but why when we can get it back in Canada for $159?

So coming back to Canada in October, thinking that there will certainly be inventory relief by now. Nope! Again my wife intermittently search for the evasive phone at resellers. At this point I was about to give up and just wait for the next version in July. Suddenly last Friday, my wife called from Future Shop that they had two! My wife got a 16GB one without much issue but my number was turned down for the hardware upgrade eligibility program, even when their web site told me that my phone was eligible. Very frustrating. I got on the phone with Rogers customer support. During the call the inventory was out at Future Shop.

To the CSR credit, Virginia helped me to escalate the matter and Philip the manager promised me that one will be mailed out to me at the promotional pricing. My sincere thanks to them for their assistance in the matter.

So this is where I stand now. My wife has one and I’m waiting for one in the mail. I honestly cannot remember when was the last time we tried so hard to buy something. I guess on the plus side, we did not have to lineup for hours. We simply refuse to. After all it is just a phone. Fingers crossed that my phone will get here.

Some how this story is not surprising. http://www.manchester.ac.uk/aboutus/news/display/?id=6243 I guess another theory is that it is now more prevalent because we simply live longer? 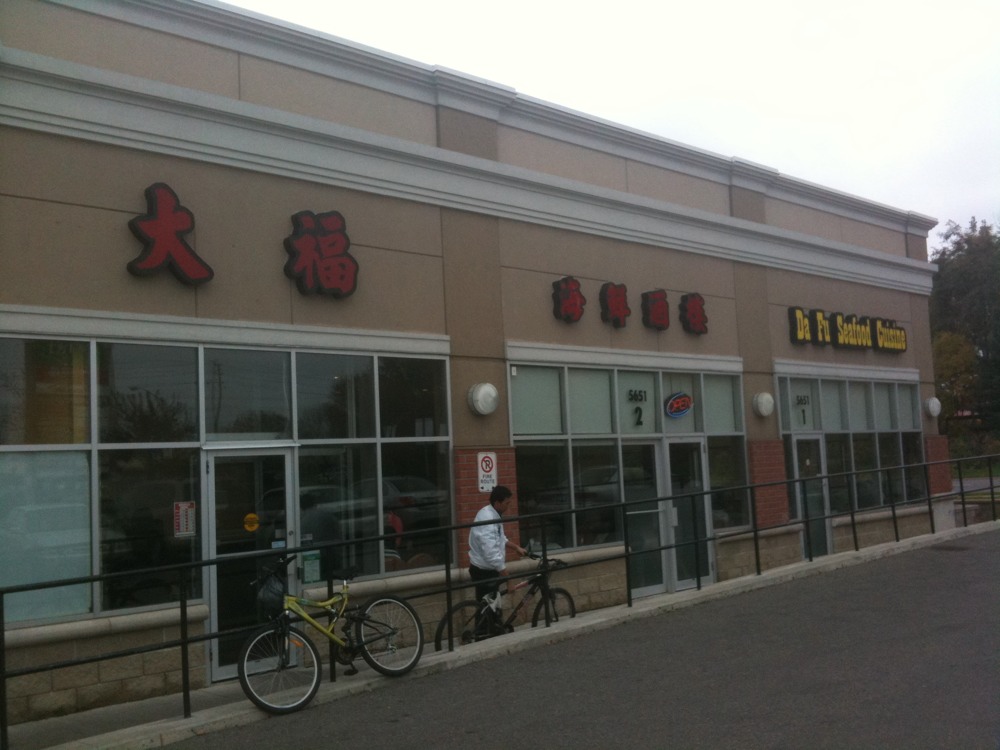 Checking out the Posterous iPhone App

Using the new iPhone app to do this sample picture post.

The picture is of a restaurant where we had dim sum last Saturday. The food was good, and the price was cheap, both of these characteristics explained why there was a huge line up there.

I just came back from vacation on a 3 week tour of the Far East, including countries such as China, Japan, South Korea, and Taiwan. As a professional in the high-technology industry, I noticed that telecommunication technologies available to the common consumer at these countries are far superior to those offerings that are available here in Canada.

As an example, a local calling cellphone plan for 880 minutes just cost $88 HKD in Hong Kong. That’s less than $12 CAD (using exchange rates on Oct. 4, 2010). This is a pre-paid commitment free plan. Calling back to Canada cost less than $0.03 CAD per minute. People in South Korea has enough bandwidth to watch TV on the subway. Time and time again, I see these examples throughout my travels. Of course, I am envious of these observations, and would love Canadians to experience and have access to this scale of information freedom. Yesterday on October 3rd, I am reminded of yet another horrible experience dealing with one of our major Internet Providers here in Canada, and felt compelled to write to you, so that I can bring your attention to the disparity that we face with these countries.

If you are not aware already, organizations such as SaveOurNet.ca does an excellent job in communicating the issues at hand. A good summary video can also be found here: http://bit.ly/4G3e3T Thank you for your time and attention, and I hope that you can objectively represent our global position on this matter.