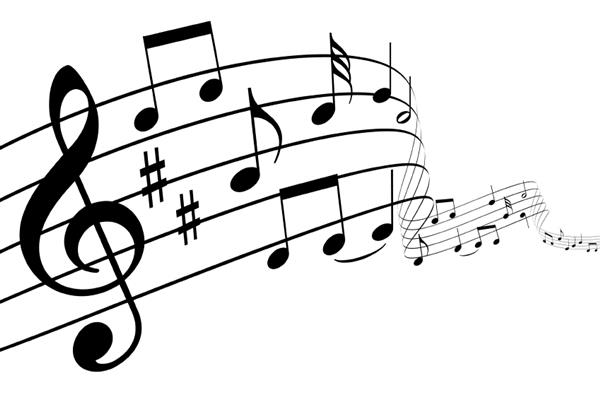 It all started with me spotting an extraordinary deal for a pair of ELAC Surround Bookshelf Home Speaker (UB51-BK) designed by Andrew Jones.

I purchased a pair from Amazon and saved more than 20% at the time of purchase. Little did I know that this particular purchase is the first step of many on the road to pursue the best sound system for the buck that I can have in our basement and bedroom.

The ELAC speakers were suppose to replace my old JBL Northbridge (N28) speakers, which were my front speakers for my basement home theater system.

At the heart of the home theater system, was the Marantz NR1408 AVR. Unfortunately, this particular AVR did not drive the new ELAC speakers sufficiently. Rated at 50W at 8 Ohms per channel, I found that the sound coming out of the ELAC, rated at 4 Ohms, was somewhat unsatisfying.

Since the AVR has pre-amp out connections, I started to search for a suitable stereo power amplifier that can output enough juice to drive my new ELAC’s. I settled on the NuPrime STA-9 power amplifier, with a 120W per channel at both 8 and 4 Ohms. The NuPrime and the ELAC’s were an excellent match. The sound was crisp, and the imaging was superb. You can hear the instrument separations and placements clearly through a wide soundstage. The vocals were warm and super comfortable to listen to. Today I am really happy with my basement setup. Unfortunately this new experience cost around $1200, $520 for the ELAC’s and $700 for the NuPrime.

Now, what should I do with my old JBL N28 speakers? Sell them, throw them out, or repurpose them? Selling them was not an option. A quick search on Kijiji and eBay yielded less than compelling value to dredge oneself through a resell transaction that is worth less than $100. Throwing them out seems like a huge waste on a perfectly good pair of speakers.

I decided to put them in my bedroom and replace my aging Bose Wave Radio/CD Player. The Bose sounded good but nothing close to the fidelity that I am now use to in both the basement and the living room setup. The JBL N28 are passive speakers so if I want them in my bedroom, I will need to find another stereo amplifier. However, I don’t want to invest in another NuPrime, which seemed excessive and expensive.

I found a $293.99, 80W per channel amplifier with many praises called Topping TP60. For source, I repurposed my Airport Express that was originally
feeding the Bose and redirected its input into the TP60. This combination gave new life to the N28 speakers.

To benchmark the different setups we were using a Chinese album named,《民歌·蔡琴》. The first song, 被遗忘的时光, is the same song used in the Infernal Affairs (無間道) movie. You can find the album on Apple Music. We had the following versions of this song:

After much A/B testing, I found the highest SACD fidelity with 192KHz at 24 Bits sounded the best. The differences were not marginal but substantial audible differences could be heard. The Apple Music version sounded almost like mono when compared to the high resolution versions. The female vocal came across more life like and real in the SACD version.

So, what’s the problem? In this new bedroom setup, I simply used a 3.5mm audio jack RCA splitters to connect the Airport Express to the TP60. This first attempt at using the splitter cable uses the internal and inferior DAC.

To remedy the solution, I purchased a cheap external FiiO D3 DAC ($35), and used the mini-Toslink connection from the Airport Express. The song sounded better but was not the same as the basement. As it turns out, the Airport Express was limited to 44.1KHz, so I could not experience the hi-fidelity SACD source. When I streamed the SACD version, it just gets down-sampled. What a waste of perfectly good material. We cannot let good music goto waste, so onwards to a solution.

I needed to replace the Airport Express all together. A podcast that I listened to gave me the idea to explore how I can use my Raspberry Pi as the digital source for music. After much research, I found the combination of Raspberry Pi, HiFiBerry’s DAC+ Pro, and the Volumio software can give me what I wanted.

In summary, the Raspberry Pi with Volumio software acted as my Airport Express replacement, and the HiFiBerry DAC+ Pro add on board eliminated the 44.1KHz limitation. This combination sounded really good.

Until I tried DSD materials through the stack.

DSD64 (2.8224MHz) and DSD128 (5.6448 MHz) music will play because Volumio will resample the material to 192KHz at 24 Bits, but sometimes it would stutter.
In my pursuit for native DSD capability, I ended up purchasing another external DAC that is capable of playing DSD natively. Since the Topping TP60 was so good, I thought I give the Topping D30 DAC ($175) a go. The inclusion of the D30 replaced the HiFiBerry DAC+ Pro add on board, since the Raspberry Pi can directly connect to the D30 DAC via USB.

The final setup is:

Whew! What a journey just to reuse my old pair of JBL N28 speakers. BUT I now have a setup in my bedroom that sounds almost as good as my basement setup. The imaging is not as good, but I am happy with what I have got, a wide stage, warm and realistic vocals, that can play soft jazz to put me to sleep. Harmony!

The Raspberry Pi has problematic USB drivers which caused crackling sounds with the D30. I had to add the following parameters into the /boot/cmdline.txt file.

Crackling still happens sometimes, but it is now bearable. Also without the speed parameter, the D30 will only play DSD using DoP at 100% volume. Obviously this was annoying as well.

On the lookout now for an alternate Raspberry Pi that has WiFi and a more robust USB port. Perhaps the ODROID-C2.