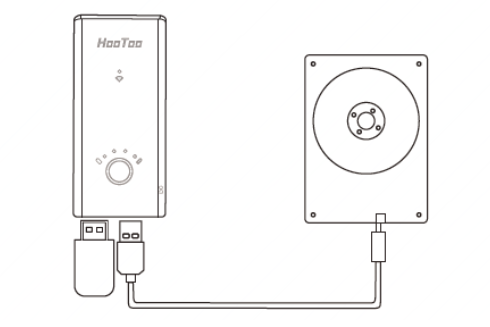 During long road trips the kids in the car are typically bored out of their minds and inevitably they will ask the question, “Are we there yet?” way too many times. The airlines solved this problem with personal entertainment systems in front of each seat, where the passenger has the ability to choose his entertainment from a large variety of movies, tv shows, and games.

Over the past years, we have diligently converted all of our physical media, our purchased DVD’s, Bluray disks, and even some VHS tapes into digital media that can be stored and manipulated on hard disks or more recently SSD drives. 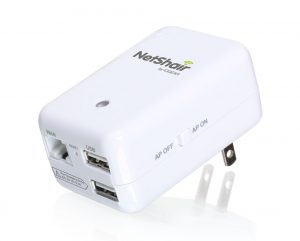 We have found and used a device over the past three years to broadcast our own media in the car. The device is called NetShair Link Portable Wi-Fi Router & USB Media Hub. This device can take media from a USB hard disk that is connected to it and make the media on the hard disk available to mobile devices such as iPhones, iPads, and even laptops via WiFi. 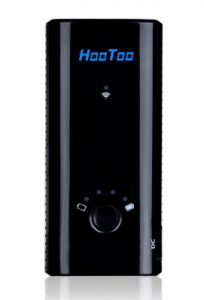 The NetShair worked well, but setting up the device was cumbersome and the performance of the device dropped when there are more than two devices connected to it. The iOS app was also outdated and difficult to use.

Recently we found a new solution offered by HooToo. The HooToo TripMate, provides the exact same functionality as the NetShair, but in a much usable form factor, because it has a 6000mAh battery that can be used to power the device or provide emergency charging for your phones or tablets. Whereas the NetShair requires you to always plug in the unit at all times.

Unfortunately, the mobile app for HooToo is also fraught with issues. For example the app will crash when two or more devices are playing simultaneously. What I found is simply using the web application that came with the device is good enough for setup.

After setting up the device, instead of using the app to play movies, I found the most stable way of playing movies from these devices is simply to use mobile Safari and point to the data folder, something along the lines of:

I found the native Safari video player performed with the best quality and stability when the maximum number of 5 connections are reached.

I also tried the VLC, Vidon, and the HooToo TripMate apps to play videos, but they were all inferior to Safari. For single user use, these apps are more than adequate, but we purchase these devices for family use, which means more than one user will be connected at the same time. I would say that VLC comes a close second, followed by Vidon, both can probably handle about two simultaneous connections. I would forget about the TripMate app all together to play videos for more than one connections.

I find that these devices are pretty handy especially when we are in a long drive or at a hotel room with limited WiFi or Internet service. However, the manufacturers could make them easier to use. The hardware is certainly adequate, but the software implementations can still use quite a bit of improvement.

Instead of a telepresence robot on wheels as offered by Double Robotics, I think it would be an interesting idea to have a virtual presence quadcopter drone fitted with a 2 to 4 inch LCD, along with a camera and miniature mic and speaker system, about the size of a Maverick Drone (Update: This newly announced Dobby Drone fits the bill even better).

Individuals can remotely project themselves home or vice-versa, people working from home can project themselves into the office. The unit can have pre-programmed landing spots that will double as wireless charging stations for the drone. Another thought is to have magnetic ceiling (reverse landing) spots, where the drone can be magnetically-docked for charging and perhaps data syncing as well. When it is needed again, it will be released from the ceiling. Considerations can even be given, if the drone can double as a cosmetic lighting or fan fixture when not in use.

When in use, the person controlling it remotely via a smartphone app, simply control the drone at two fixed speeds, walking, and a slightly more brisk pace. I think this will greatly simplified the control of the drone and make it more manageable for everyone. Variable speeds and accelerations are simply not required when navigating indoors. This will also greatly improve safety considerations as well.

I think drone technology has come a long way with their auto-homing and anti-collision features. The applications for such a virtual presence drone could include but not limited to:

Well you heard it here first. I hope some manufacturers pickup on this idea. I would buy three now. One for home, work, and one for the cottage.

I received a call from a 547 area code. The caller had an East Indian accent and I was immediately suspicious about the call. She said that she was Windows Technical Support and she tells me that my Windows machine has been violated numerous times. At this point, I knew it was a scam so I played along to see what she wanted me to do.

I challenged her to prove to me that she is monitoring my machine. When she indicated the ASSOC trick I knew this call was a full fledge scam, and proceeded to end the call.

Both my sister-in-law and my parents, like I are using VoIP for our land line calls. We all use voip.ms. I’ve been using them for years and they are reliable and dependable. They also allow you to filter calls, which I used to block all area codes from 545 to 550, because these are invalid area codes. I learned about these area codes after the call.

VoIP is not only about saving costs. Its hidden values also include call filtering as I used above, as well as call forwarding to a group of numbers, and detail call auditing. I use all these features frequently. 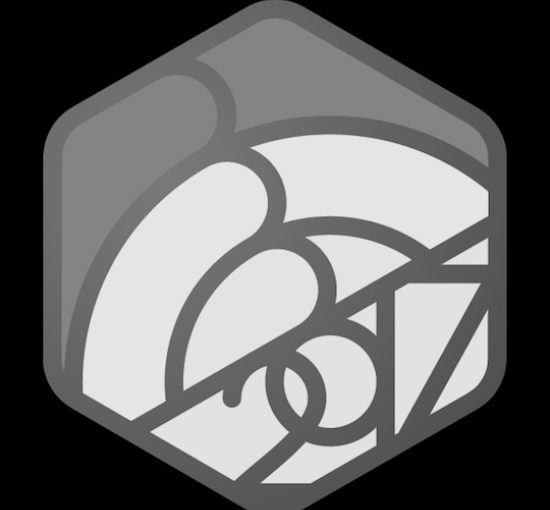 Per my previous post, I tuned up my bike today, but felt too tired right afterwards to try it out. I was planning to defer the ride until tomorrow morning, but some how after dinner I found myself with renewed energy and wanted to give my new, tuned up bike a spin.

We have to start the New Year by completing all three rings on my Apple Watch. A work out that started out easy, turned quite fun. I used a YouTube Top 40 playlist of music videos, and gamed the work out. After a warm up, I forced myself to go into Zone 5 for a minute at the beginning of every song.

With this pattern, before I knew it I had an hour done, and my rings were completed. Apple has a pending Ring In the New Year challenge. We’ll see how long this discipline will last, but my goal is to complete the challenge this month! 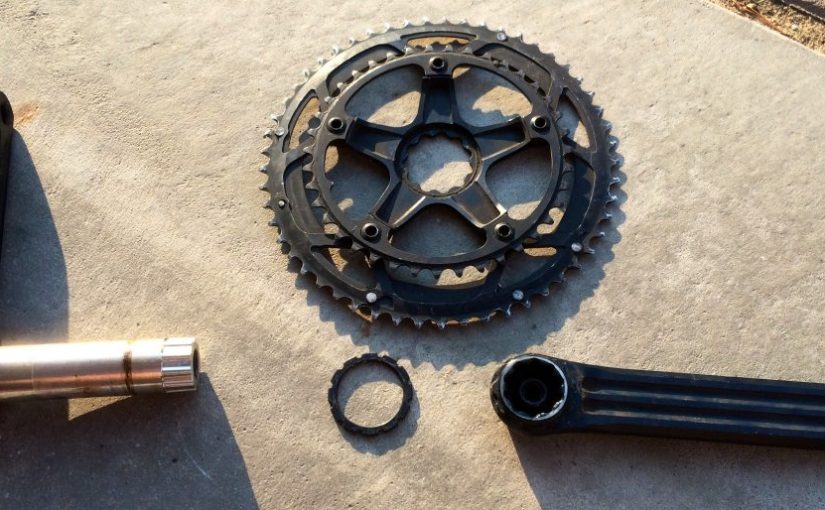 On July of 2014, while cleaning my Cervelo R5 on a beautiful summer day,

I noticed that my crank was wobbly. Upon closer inspection by Billy’s Pro Bike, the lock ring that fasten the crank to the spider of the crank was cracked. Long story short, I contacted Rotors in the US and their customer support was superb. I got a replacement spider and crank assembly. However I never took the opportunity to put it back on my bike. At the time I was riding with a used crank from Billy’s.

Here are the results:

It took me more than 4 hours. I guess I am not cut out to be a bike mechanic, and I better keep my day job!

I am so tired, I’ll test out the bike tomorrow.