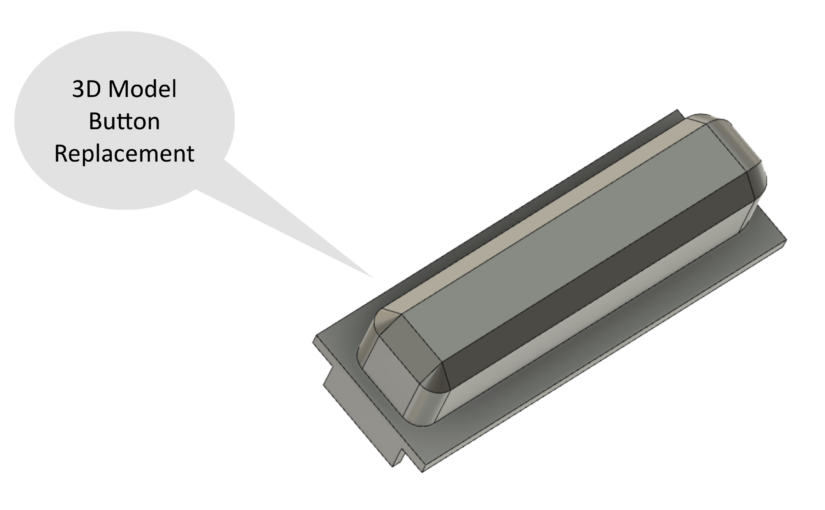 We had a situation. Our original door bell that came with the house from 1999 (more than 20 years old) decided to crack and disintegrate on us last summer.

We used some transparent packaging tape to salvage the button, but last month it too has had enough of the weather.

Once again our 3D printer came to the rescue. First I designed a replacement button in Autodesk Fusion 360 after I meticulously did all the measurements at least three times. Since it was a very small part, after around 20 minutes of printing, I had the replacement ready to go. Here is the final part installed:

I was on the receiving end of some ridicule when I first purchased the 3D printer, but it certainly has come in quite handy.