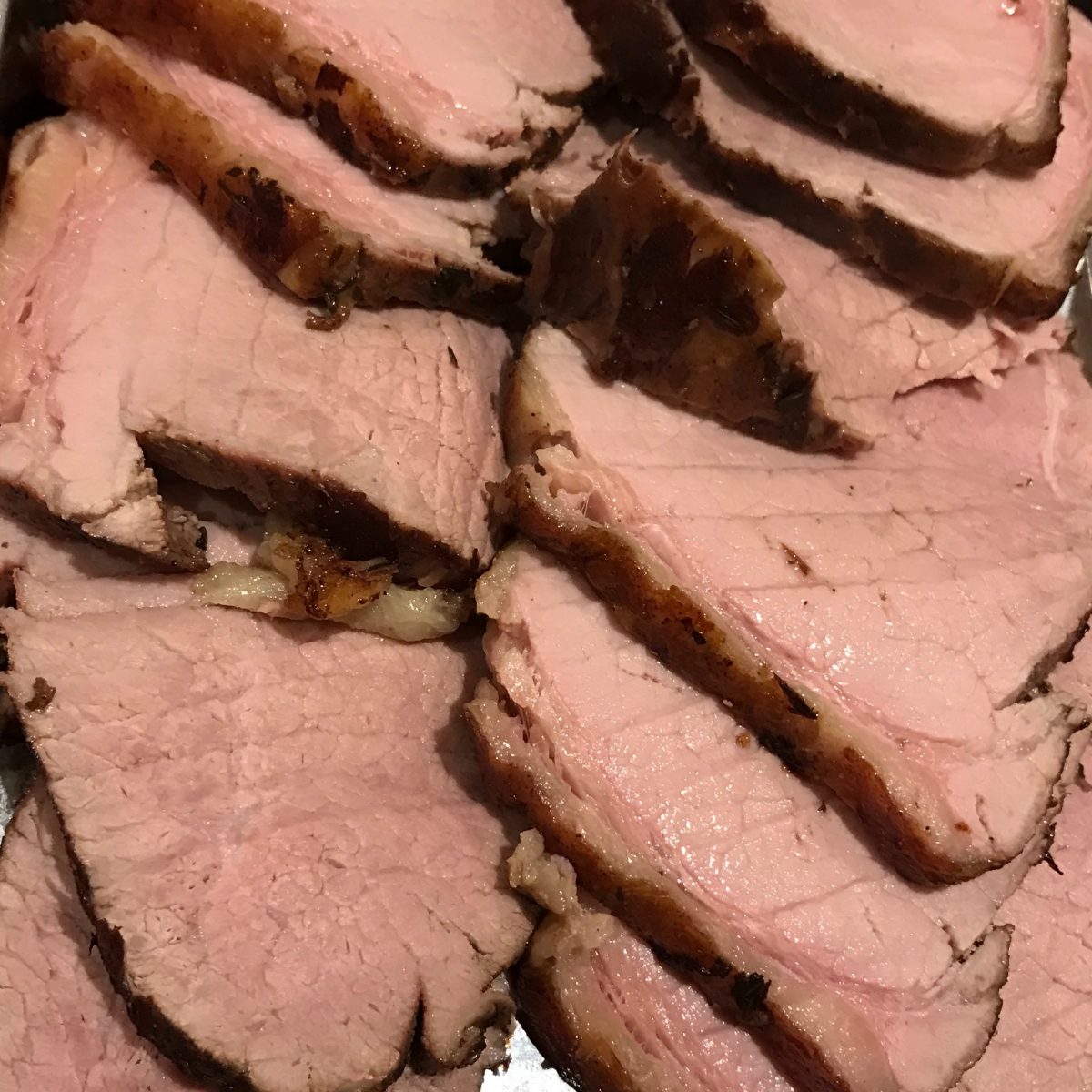 A few days ago, I bought a whole beef eye of round roast from Freshco.  It was on sale for $2.77 per pound.  This big piece of meat weighed over 3 kg and costed less then $20.  Since this cut of beef contains little fat and a lot of connective tissue, I think cooking this roast in the oven will likely produce a dry and tough piece of meat.  So I decided to try cooking this using my Anova Sous Vide cooker.

After researching on the internet, I decided to cook the whole roast sous vide at 135F for 30 hours.  I don’t have a big enough sous vide bag to hold the whole roast in one piece so I cut it into two pieces.  I seasoned the meat with salt and pepper then seared it using a hot cast iron pan.  After searing, I put each piece of meat in a separate sous vide bag and added thyme and olive oil.  Due to the long cooking time, I decided to used sous vide bags made specially for sous vide cooking instead of the regular freezer zip bags that I normally used to avoid possible leakage.

I started sous vide cooking this roast at around noon on Friday and it was ready for tonight’s dinner at around 6pm. 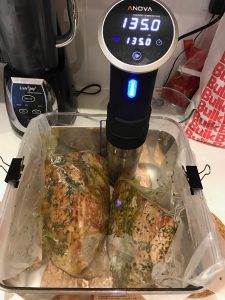 After 30 hours of sous vide cooking, the sous vide bags held up well and there was no leakage.  I removed one bag of meat from the water bath and chilled it in cold water then put it in the fridge for later use.  I took out the bigger chunk of meat from the other bag.  After pad drying the meat with paper towel, I seasoned it with salt and pepper.  Then I seared the meat in a hot cast iron pan using grape seed oil.  Grape seed oil has a higher smoke point then the other cooking oil I have on hand.  The beef juice in the bag was saved for later use. 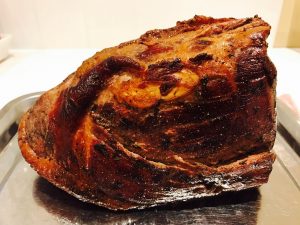 I cut the roast into 1 cm thick slices. 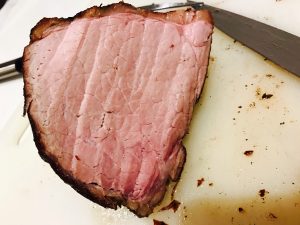 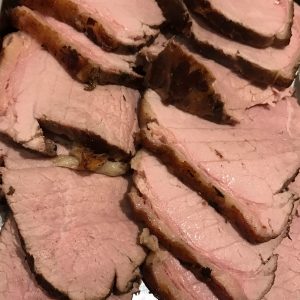 Then dinner was served! 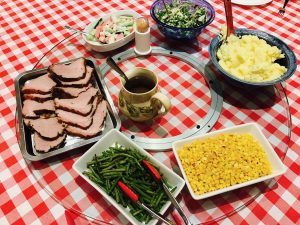 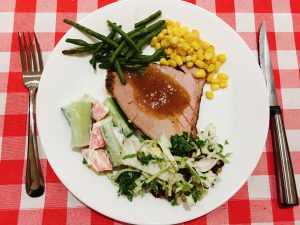 The beef was tender and not dry.  I think it turned out better than if I would have cooked it in the oven.  The texture has some resemblance to prime ribs.  Flavour is acceptable.  Since I am not a big fan of prime ribs or roast beef, if money is not an issue, I will choose strip loin instead.  I prefer its texture and flavour. However, this roast fed 6 people tonight with a small piece of leftover and don’t forget, there is another chunk of meat that was reserved for another meal.   So for less then $20, you can feed 10 to 12 people and it tasted pretty decent.  I think I will make it again.  It just require a little bit of planning ahead.  May be next time I will try slicing the eye of round into 3 to 4cm thick pieces before sous vide cooking them for a couple of hours.